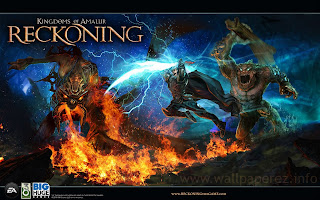 Microsoft held their E3 press conference today.  Near as I can tell it was Kinect, Kinect, Halo, Kinect, Halo.  Not too surprising I suppose.  If I was in Microsoft and Sony's shoes and knew that Nintendo was announcing the Wii 2 this year I wouldn't bother trying to compete with that news either.  Anything less than their own next gen console will just get swept away in the tide.

Nonetheless, lots of the Kinect stuff looks pretty cool to me.  I can't lie that I get a bit of a thrill at the idea of the Kinect Star Wars game and actually waving my hands around to grab and throw stuff with the force.  That is some serious dork out right there.   I'm also pretty stoked to hear about voice commands coming to Mass Effect 3.   Being able to just tell my squad mates what to do in combat eliminates a whole layer of menu diving and sounds really badass.  I figure those are all marquee games though that you're bound to hear about anyway.  After the break lets look at another game that I didn't know I needed.


This one is Kingdoms of Amalur: Reckoning.  The title is a fucking mouthful and not necessary.  It appears to be an open world, third person, action RPG which is pretty much my favorite thing.   I love the color palette, it's not drenched in earthy browns and greys.  I'm always very happy for a more colorful fairytale look.

It was directed by Ken Rolston the creator of Morrowind and Oblivion, art designed by Todd McFarlane, with story and world creation by RA Salvatore.  If that list of big names isn't enough for you it's the first game by the game studio opened by Curt Schilling -- ya, the pitcher that helped three teams win World Series.  Go figure.